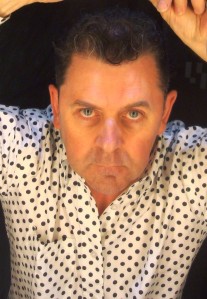 I place a lot of emphasis on blogging as a professional practice. I view blogging as an important and pivotal part of my research activities because it enables me to crystalise my thinking, try out new ideas and share my thoughts within my community of practice. Daniel Chandler once said ‘in the act of writing, you are written’, which for me is an important point. Through the use of this form of social media, I am able to enter into serious dialogue with other practitioners around the world, and to gain feedback on important issues.

The following was posted on Learning with ‘e’s on 20 January 2011: on the day the UK government announced its new ‘slimmed down’ curriculum, This is my personal view on the current situation in schools:

Guy Claxton once remarked on the complexity of life: ‘We have to learn to make our own way through a complex world without the benefit of an accepted trustworthy route map.’ In a climate of constant change and disruption, this is more pertinent today than the day it was first written. Disruption is not a bad thing. An enormous amount of things need changing and a great deal of reform needs to be done, particularly in the compulsory education sector. We need to deliberately disrupt what exists to achieve any positive change or meaningful progress. But we don’t have a road map. So education sits where it is with little or no forward movement and it stagnates. No matter how much successive governments pontificate on ‘the way ahead’ and no matter how much (or how little) money they throw at the problem, the fact is – we are standing still, because no one really knows where we are going. Anyone who claims they know the way forward is either deluded, or lying.

Yet we do know this: Education needs reform, because far too many young people are being let down by the current system. My wife, who is a secondary school teacher of English informs me that each year, in every new year 7 intake, there are children who enter secondary school unable to read and write properly, and there are always a few who are completely illiterate. Some go all the way through secondary school, still unable to effectively express themselves in writing. This is completely unacceptable of course. Forget the demographic variables of gender and ethnicity – they are socially constructed anyway – and think about some stark statistics. In March 2010 the Telegraph reported that the number of schools placed in the lowest category by OFSTED had doubled over the previous year. These statistics were published before the change of government. The present economic crisis has prompted the new government to impose deep funding cuts. We don’t know what OFSTED’s statistics are going to be this year, but with fewer resources available, you can bet your bottom copy of the TES that the new figures won’t be an improvement on those of 2010.

Will the academy scheme move us forward? I very much doubt it. What they will do in most cases will be to widen the gap between those who are priviledged and those who aren’t. It doesn’t matter which government is in power – the scheme will continue regardless. The present government wants academies to use as a weapon to force schools to improve. But throwing a lifeline only to those who can actually swim seems like a ridiculous rescue plan to me. And as the BBC News site warns, in 2011 we are already sinking fast, with only one child in six actually attaining results that measure up to international standards of education.

You see, there is a cycle of failure that is perpetuated by the formal schooling culture and the legislation surrounding it. A child gets poor grades, and the school reacts negatively (as do the parents). This causes the child’s self-esteem to suffer a blow. He performs poorly again, doesn’t want to do any homework or put any effort in, and struggles to catch up. Perhaps he is dropped down a set. Another blow to his self esteem. His performance drops further and the school and parents react negatively again – it’s affecting the school’s reputation and may even influence their league table position if the child’s performance is reflected in poor exam grades. The child doesn’t care anymore. He’s apathetic now and just wants to leave school. He becomes a truant. He gives up, saying that school is ‘rubbish’. More negative reactions from the school and sanctions taken … and on it goes, an ever downward spiral. Don’t even get me started on post compulsory education. We’d be here all night…

What I think we need to move things forward is a change in culture and a change in governance. We need to move away from the standardised testing (and the resultant league tables) that are so needlessly punitive. All standardised testing ultimately achieves is a measure of how successfully a school can get its children to comply with the rules needed to pass standardised testing. It’s tautological. And it’s part of the problem rather than part of the solution. When are we going to free up the curriculum to give teachers the freedom to teach in a way that personalises learning and unleashes creativity? When are we going to start assessing children to encourage better, deeper learning? Why do tests have to be used as a political weapon to show how well government funds are being used to educate the next workforce? Will technology provide any answers?

I don’t think we’ll have the answers to any of these questions until we deliberately disrupt and radically reform the tired, outmoded and hopelessly inadequate systems that currently exist. I made my own views on alternatives to the current system in a recent blogpost – outrageous alternatives. Sorry, there is no roadmap, because we are still building the road. And we are rapidly running out of construction materials. What we now need is knowledgeable, passionate and fearless outriders who will forge ahead to lay down a pathway for us. They need to be allowed to do so without fear and without sanction.

Where is the road map? by Steve Wheeler is licensed under a Creative Commons Attribution-NonCommercial-ShareAlike 3.0 Unported License.

Credits: The pictures on this page were taken by Steve Wheeler (Barcelona, 2012) and James Clay (Plymouth, England, 2009).